Why I Need To Thank My Enemies – Confessions of an Entrepreneur

Becoming an entrepreneur has been one of the most thrilling adventures of my life – certainly the most fulfilling of my professional career.  I am not sure I could say that two years ago when we were still in the dark aftermaths of the recession and had no revenue. At times, I definitely felt like I was up a creek with no paddle.

One of my long-time mentors and inspirations told me early on that whatever happens, the experience will be priceless – it will be worth all the fear and anguish.  I didn’t believe him at the time (in my estimation failure was not an option), but in hindsight his words could not be closer to the truth.

The greatest benefit from the entrepreneurial process has not been the financial gains itself, but the life lessons that have come along the way.  One such powerful and life changing experience was the magic and mystery of networking.  Yes, there have been countless individuals who have selflessly helped us move ahead.

In recent months, however, I have come to see that there was another core group of people, which I have long failed to acknowledge or recognize, who have been just as, if not more, critical in helping me get to where I am.

These are the people who wronged me in some way.  Treated me badly or unfairly.  Got under my skin and ruffled my feathers.  You know, the stuff friends would never do.  Yet, it was their bitter “medicine” that really got me moving.  It was their harsh behavior that forced me to take a serious look in the mirror and say: Is this what I want to do for the rest of my life?  Am I living up to my potential?

I am not saying that you should jump ship whenever you encounter difficult people.  I stayed with my first employer for 11 years and my second one for 4.5 years before starting my own venture.  That said, in both transitions the forcing function was a person at work that just pushed me over the edge.  I resented and despised them at the time (and for many years after the fact), but if it were not for them I would likely still be punching the clock at the same company I started with when I graduated college. 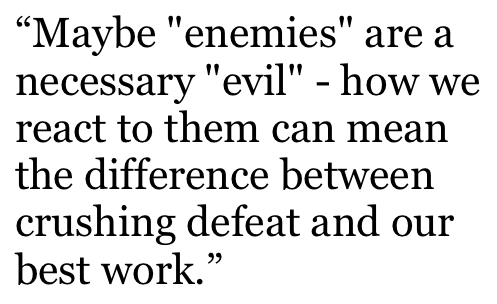 Without my enemies, I would not have reached beyond the status quo.  They increased my desire to seek greener pastures and served as a key lever that quickened my own development.  They put me on the path to finding my element and allowed me to enjoy the kind of autonomy and flexibility that comes with being your own boss.  Heck, I would not be writing this blog if it were not for two very important “adversaries” (i.e. change agents) from my professional past.

Today I salute them with a whole heart (and have reached out in reconciliation).  The entrepreneurial process has helped me see them for who they are – vital catalysts for growth and progress.

Forget me – I am just a small time entrepreneur.  Think about what would have happened without these fateful antagonisms (to name a few): 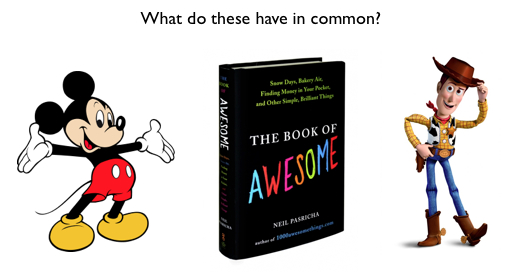 1) Would Toy Story have happened if Steve Jobs had not been pushed out of Apple?

2) Did you know that Mickey Mouse may have never been if it were not for a devastating professional setback imposed on Walt Disney by then distributor, turned enemy – Universal Pictures? (Who’s heard of Oswald the Lucky Rabbit?)

3) Would we have 1000 Awesome Things without Neil Pasricha’s string of tragic events? (Some of our most ferocious foes come in the form of unwanted life circumstances.)

Maybe “enemies” are a necessary “evil” – how we react to them can mean the difference between crushing defeat and our best work. I hope I can put my adversaries in perspective as I move forward – rather than push them away – embrace them as a force for positive transformation.

How have your enemies changed you for the better? 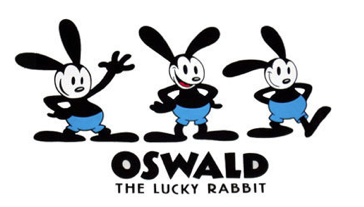